The history of Cyprus is one of the oldest recorded in the world! 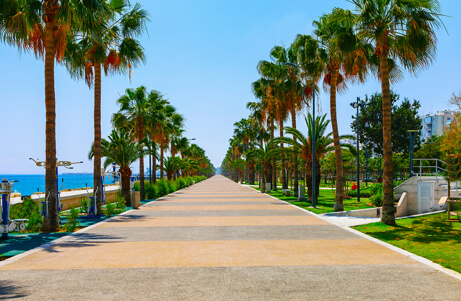 The republic of Cyprus is an island country in Eurasia and is to be found within the eastern Mediterranean region. Cyprus is a European country situated directly to the south of Turkey with Lebanon to the east, Greece to the west and Egypt to the south. It lies on the migration path between Europe, Asia and Africa.

The island is roughly divided into a number of prominent districts including Famagusta, Larnaca, Limassol, Paphos and the capital Nicosia. Nicosia is situated in a very central location on the island and it's by far the biggest town of the country. It has established itself as the island's financial capital with all the main international business centers such as offshore companies ministries, museums, theaters and governmental offices.